I think a lot of people are in a food coma, comme moi (like me) after Christmas. We had our Christmas eve dinner.
We ordered a turkey & the best ham ever...

We cooked prawns, curry & noodles (of course you have to put an east meets west twist), potato gratin, roasted potatoes with duck fat, salad, roasted vegetables. It was my first time roasting potatoes in duck fat. This technique was suggested by M's boyfriend, who read an article on The Age. Very successful! The outsides were crisp and the inside was fluffy. I seasoned it with rosemary & pepper & salt. Quite indulgent; my mum was saying why I wanted to make the potatoes even more fat, and I proclaimed "BUT IT'S CHRISTMAS!" 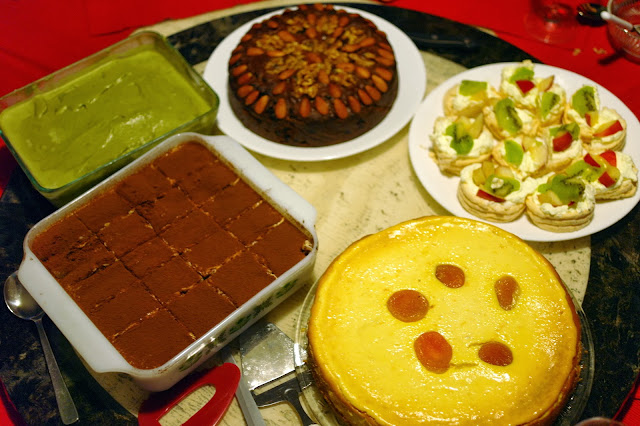 Next year I'll be in year 11 during Christmas... What?

I hope you guys had a wonderful Christmas. It's literally my favourite time of the year, and I had a really nice one this year :) We have so many left overs, it's time for me to make my grilled cheese turkey & ham sandwiches mmmmmmmmmm!

Email ThisBlogThis!Share to TwitterShare to FacebookShare to Pinterest
Labels: 2013, christmas