I'm sorry, but I'm going to have to make another pancake post. I'm starting to make it a tradition to make pancakes for breakfast on Sundays. After a good jog, it feels good to whip up some kind of pancake batter, top it with my favourite fruits like blueberries and banana, honey and cinnamon. I like to use whole-wheat flour. My mum bought a whole tub and I was interested in using it, because I like to experiment and also to cook or bake in healthier ways. This time I made banana pancakes, topped with real maple syrup and a bit of kiwi fruit. The best kind of pancakes I've mad so far! Doesn't get better than this for a breakfast! 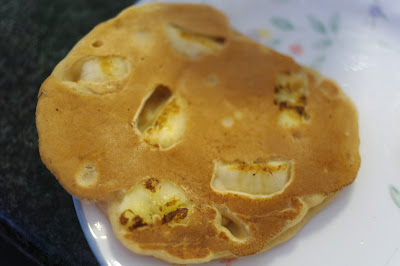 Recipe: Whip up any kind of pancake batter, I used Taste's, but I did not have any whole wheat self-raising flour, so I added some baking soda and I also put normal milk instead of buttermilk. I did not use honey as well. I also decided to chop up small pieces of banana in to the batter, so the banana gets cooked! You can even put small bits of chocolate chip or blueberries. There are endless possibilities of pancakes, whether it's a peanut butter, chocolate pancake, or even I've heard, RED VELVET pancake. I'm a pancake girl! 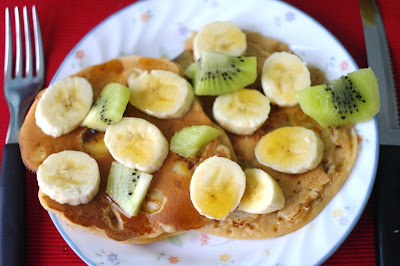 Salzburg Austria:
On the way....We made a stop near by, and we had to pay for les toilettes. But apparently, the tour guide said that we actually didn't need to pay, they just saw us and decided to charge us. 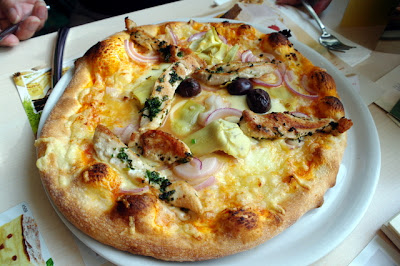 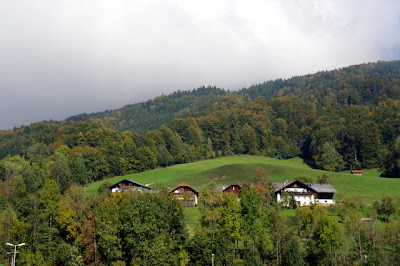 Salzburg is very pretty indeed. In fact, all the countries I visited in Europe are actually very pretty, I need to stop using the word 'pretty'. Salzburg is the musical capital; the location for The Sound of music and the birthplace of only one of the best composers who ever lived, Wolfgang Amadeus Mozart. 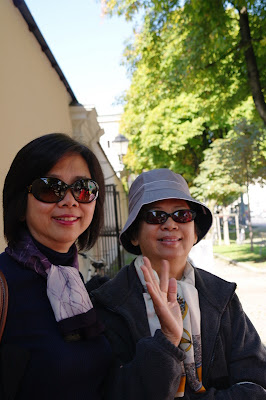 We visited the Mirabell Palace gardens which are extremely stunning. It was where the scene of The sound of music "Do re mi" was filmed, decades ago. I actually did not know that The Sound of music is based on a true story. 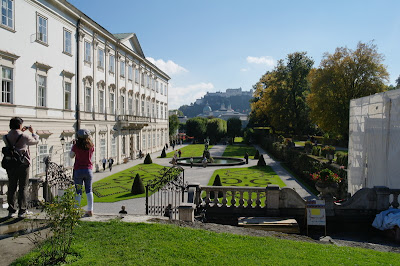 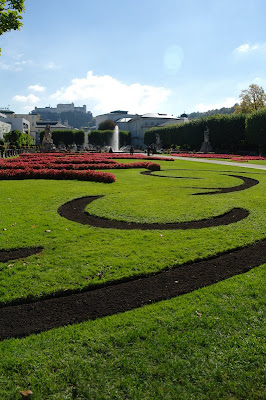 We also visited Mozart's home. It's a really small apartment, but pretty cool seeing all these instruments the composer played. It is in Getreidegasse, on this shopping street that is pretty busy.

I was reunited by my Ben and (Something wrong with the & sign) Jerry's. The last time before was in Hong Kong earlier in January '10, where my family met up with Ku Zhang, Da Ku and my cousin, Tze Ping and his Japanese girlfriend and Ku Zhang treated Yii-Vern and I to Ben and Jerry's which was extremely kind of him! Oh we really had superb food in Hong Kong and Guang Zhou. Some of the best dim sum I ate in Guang Zhou! Was a bit disappointed about the shopping though, the time we went before, we bought a lot of things but maybe we did not go to the right places! 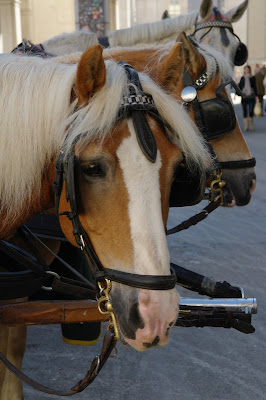 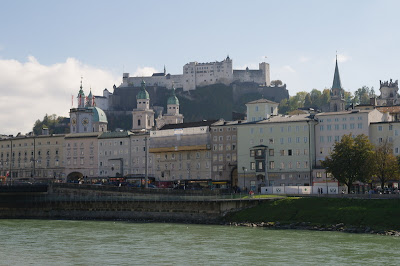 We stayed at Courtyard by Marriott, which was quite nice. The food was apparently supposed to be really good, but it was average. Fish and some average chocolate cake. I could do better. :)