I think this was on the way from Ankara to Istanbul, we were driving and there were so many trees covered with snow, it looked like a winter wonderland! 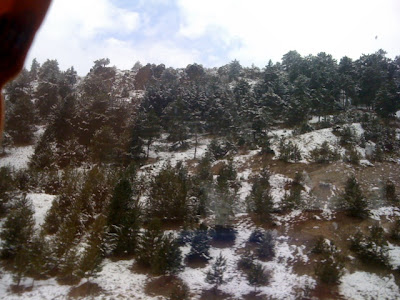 And on the way, we were somewhere near around the epicentre (I think that's what the tourist guide said?) of the earthquake that occurred in Istanbul quite a while ago. Everyone was like "What the?!?!" and my dad was like "Looks like we won't be coming back to Turkey for a long time!!!"

We arrived at Istanbul quite late, around afternoon-evening! We went to the famous Grand bazaar which is huge. When I mean huge, I mean 66 streets with over 3,000 shops. 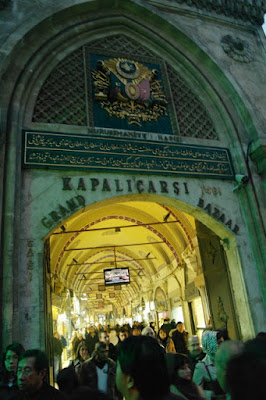 As tourists, Asian tourists, we were being haggled by sellers every corner we turned. I'm not even joking. Some sellers learnt how to say "I love you" or "Hello beautiful girl" in Mandarin which was hilarious but creepy at the same time. 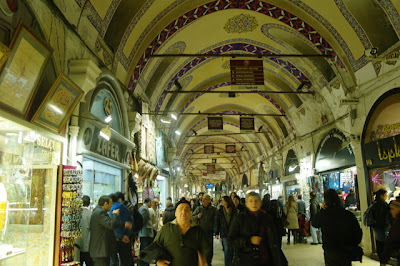 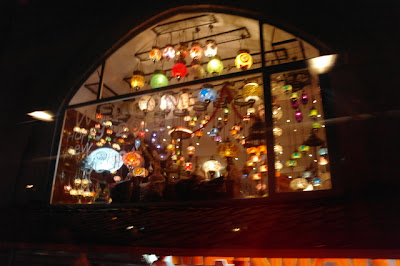 I didn't buy much, but two magnets and key chains. We spent a lot of our time in the leather shop, where my mum bought a leather jacket. She bought hers a lot cheaper than the leather shop we visited in Ephesus which was very, very expensive. At first, the prices were like the leather shop, but my dad learnt some bargaining tricks from Uncle Dom in Beijing and my mum, well, she's just a natural bargainer and got it at a pretty good price. After we bought the leather jacket, THEY TRIED TO LURE US IN THEIR CARPET SHOP. But we ain't interested in Turkish carpets. Sorry. 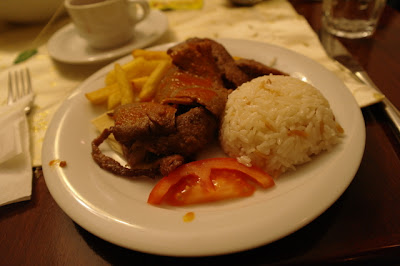 Dinner was pretty average, afterwards  we went to Taxim square which has a lot of lights, it's really pretty, the only thing is that it's just so crowded.I went to a Mango shop and bought jeans and a scarf. I would've gotten more. It was quite cheap, and has THREE LEVELS. 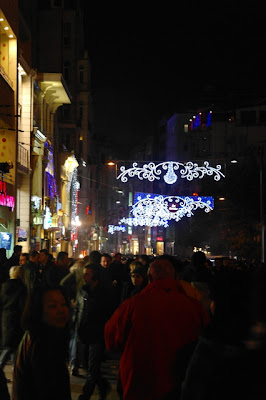 Next morning, we rode on a ferry, very very very windy. I kinda felt seasick. Even though it was only like what, an hour? 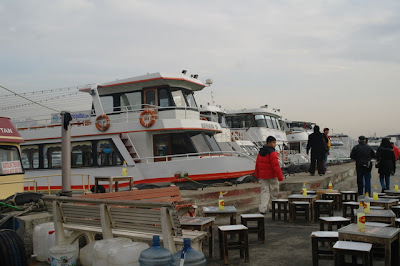 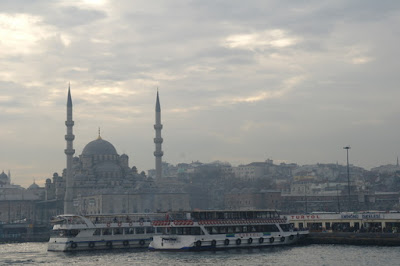 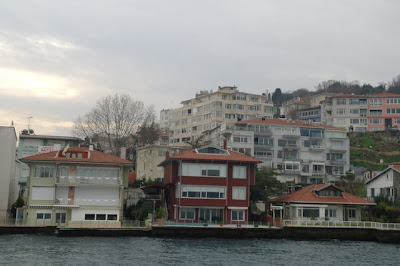 And later to the airport.

Turkey is a pretty amazing place, a lot more than I expected I have to say. It exceeded beyond my expectations. The people are really friendly and the sites, I can't describe it all in one word. The different sites, and ancient artefacts that Turkey has to offer is pretty impressive. I don't think I'll be there for quite a number of years, perhaps, even decades, but I'd love to visit again. Turkey December 2011 was pretty fun and enjoyable! 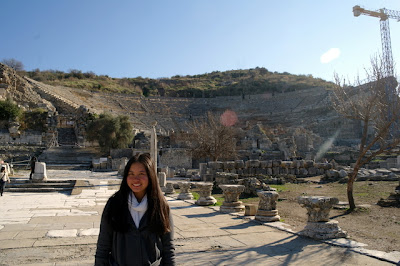