Sorry for the hiatus! I've been really quite busy (year 10 has become a killer!) even though I've only been back at school for about two weeks. I have lots of things coming up: piano theory exam, UN Evatt public speaking competition (exciting!), biology camp etc. I've had a few mishaps this week, and I'm more than happy for the week to end. I tripped on the way to science class, and my elbow has been hurting for the past few days. Today a bit of my fingernail got ripped during P.E.. I'll spare you the details.

I also just came back from my last debate of the year. My team has been an absolute pleasure to work with, and we've won every debate (we won today's!) except for one. It's like the situation last year, my team won all debates EXCEPT for one, and we would've been through to semi-finals. Oh well!

Enough about school though..

Is this madness or what? Plethora of baked goods that's what... I'm raising funds for an organisation, later on that in a few months time :)

I've also never told my love for Kina Grannis. She's one of my favourite artists (along with T Swift of course!), and she's half Jap (I think Eurasians are super cool) and her cover on the 'cups' song is very awesome.

Links I love (Idea inspired by Cupcakes and Cashmere)

TEDx talks from teens - It's so inspiring to see my own generation changing the world. I had no idea that the founder of Rookie magazine IS MY OWN AGE! I also find the other teens who have found research links with cancer etc are so fascinating. I wish I could be capable of that :(

Chocolate raspberry layer cake - Raspberri Cupcakes is one of my favourite cake blogs, she comes up with such creative baking ideas.

Flashback food Thursday (is this a thing?) 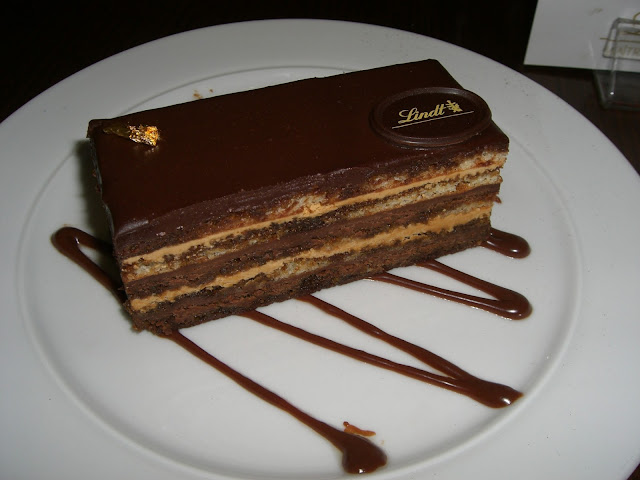 Truth to be told; the best opera cake I've ever eaten. This was in Sydney about 7 years ago and was pure decadence.

*UPDATE LOL I wanted to add my article about travelling, and why I think it's important. Check over here!
at 7/25/2013