So I came back from the UN Than Evatt competition (similar to the UN model comp in many countries) on Friday... I will just say that I was completely astounded by how intellectual all these year 11s and 12s sound (I felt so little... yet I'm 'tall') communicated with each other, and actually could just think on the spot after some kind of ambiguous or long winded question?! The whole debate was at a pretty fast pace and since it was my first time though, I was quite intimidated at first! But the candidates were really nice, I also had a supportive partner and even though I didn't get to speak much, it was a good experience! I would love to do it again next year.

Anyway, sorry I have a bit of a bad habit to ramble in my food posts..I know some of you are like "WILL YOU JUST GET STRAIGHT TO THE POINT?" 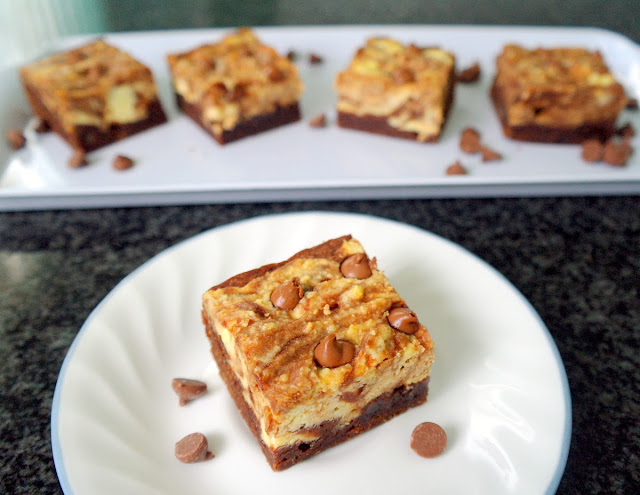 I created these cream cheese brownies, however I decided to do shake the recipe up a bit. I just basically doubled the batter for a bigger pan instead of an 8 by 8 inch pan (so extra thick chocolate brownie baby!) with lots of cream cheese swirled and swirled and please dear God, do not over-bake it. I literally just cannot tolerate over-baked brownies that are dry and cakey. What kind of brownie is that? 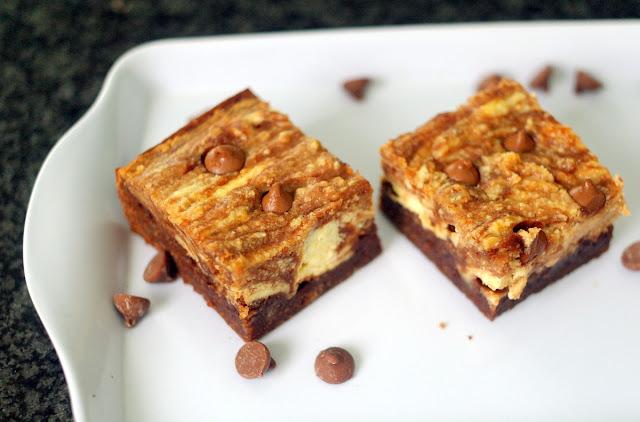 Without a doubt, this will make a crowd pleaser. It's far too easy to make, and it looks great; it's hard to 'over-swirl'. Who doesn't like huge chunks of cream cheese? My eldest sister also exclaimed "It's the best thing you've ever made!" I should probably get the recipe along with the Baked brownie recipe framed...

Of course, if you don't want such a gigantic, brownie square, you can just opt out and cut the recipe in half. Eat this straight from the fridge, which is fudgey and the classic cheesecake taste or at room temperature. However, you can also warm it up which are both my sisters' favourite ways to eat it. Don't be put off by the sound of 'warm' cheesecake.. It's a hybrid okay! Cheesecake brownies are awesome warm, with a scoop of ice cream. Period.

What's your favourite kind of cheesecake to eat? Mine is oreo cheesecake! 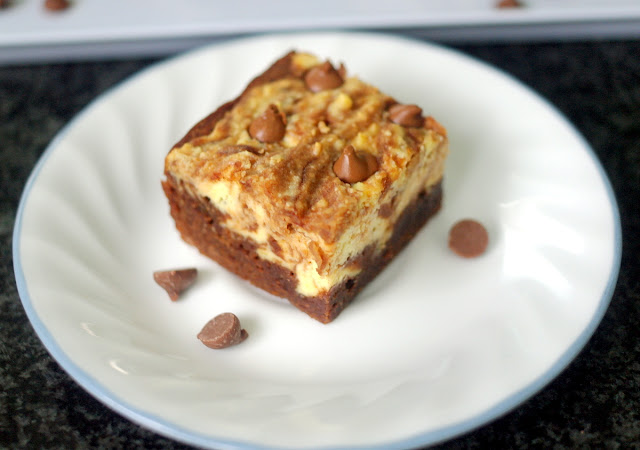 *There is supposed to be 16 ounces in the batter if the recipe is doubled, but I felt that there would be too much!

Plus:
1/2 cup chocolate chips to put on top *optional

Brownie batter method:
1. Preheat oven to 350 F/180 C and butter a 9 x 13 inch pan (22 x 20 cm) pan or line it with parchment paper.
2. Heat butter and chocolate over a double boiler,although you could probably do it in the microwave as well. Whisk occasionally, until melted.
3. Remove from heat and whisk in sugar, eggs, vanilla and a pinch of salt until well combined. Whisk in flour until just combined and spread in baking pan.

Cheesecake batter method:
1. Whisk cheesecake batter ingredients together until smooth . Dollop over brownie batter and swirl with a knife or spatula.
2. Bake brownies for about 32 minutes, until the centre is just set. Do not over bake it!

* Smitten Kitchen's tip: Chill brownies until almost frozen before cutting them. This makes it easier to get a clean slice.