I went on a food adventure in the city with my friends whom I've known since primary school, and also with their friends. I go to a different school to them, so I rarely see them!

First we tried Harajuku Crepes in Melbourne central. I shared a chocolate crepe with strawberries and some chocolate drizzled and ice cream! My friend, Anika doesn't really fancy cream, and neither do I, well in a huge quantity. So we didn't get the cream. The crepe tasted pretty good, obviously the combination of strawberries and chocolate always work. The only thing is, I'd say that the place is over-priced for what you get. Average price for a crepe is about $6-7 dollars, but I suppose that's the typical pricing for crepes around Melbourne. 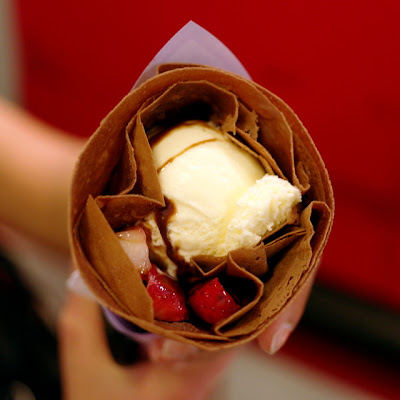 While they went to Starbucks, I went to the small Cacao Green next door (there's one on Bourke street which is the bigger one.) and I tried a new flavour, mango! It is probably the best flavour I've tasted so far. Pomegranate is pretty good as well, but I prefer the mango. It reminds me of mango pudding! I had some mochi as the topping. 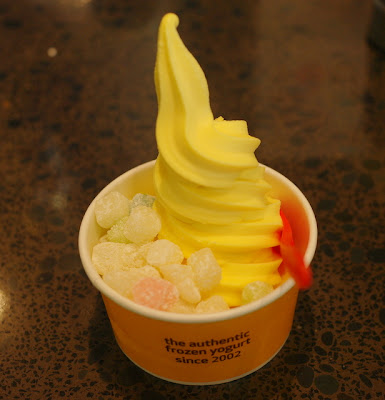 I had Malaysian food at Mamak. I was surprised, because I honestly don't expect much of Malaysian food in Melbourne. Sure, there are some good restaurants, but they will never live up to my reminiscent taste of authentic KL-style food. Since I didn't expect much, I just shared roti canai with my friend, Nikita and the roti canai. What can I say? Probably the best I've tasted in Melbourne! The roti was very flaky, crispy and dough-y. Amazing. Definitely coming back sometime soon, probably will get some teh tarik along and even roti tissue! I highly recommend this place for Malaysian food. 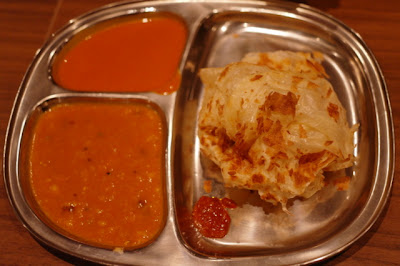 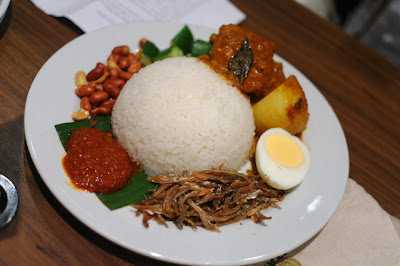 We shared a dessert pizza at 39+ pizzeria. A pizza with nutella, strawberries and ice cream! Bellissimo! (Totally just Google translated that). Though, to be honest, I think it's only because of the combination. The pizza base was way too hard and burnt, we were struggling with our fork and knives to cut through. I think I could easily make that at home myself. I have learnt how to make pizza dough. All you do is bake the pizza crust, then slather with Nutella and fruits. Dust with icing sugar. Simple.

Anyway, it's quite weird, considering the raving reviews about it online. And we found the service rather quite, I don't know, kind of rude? Maybe it was just on that day. 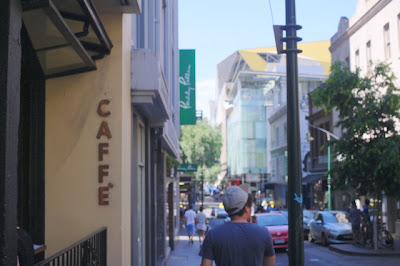 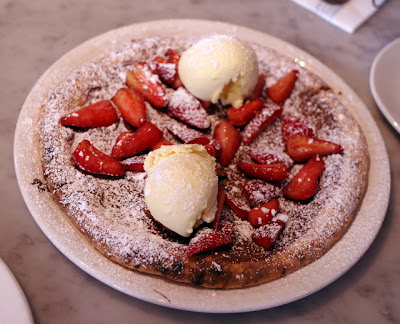 Then we went back to Kingsway, and we went to some random Japanese restaurant (I forgot the name, will be updating soon once I find out the name of it) that just opened.
I tried a yakatori skewer and a chicken skin skewer. 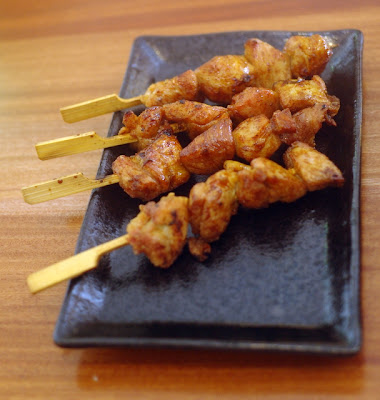 I shared the matcha creme brulee and some cheesecake! A spin on the classic French creme brulee!Very interesting, and of course, TASTY. 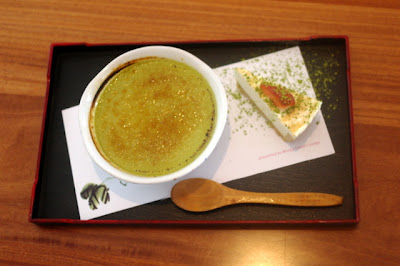 I also had a bit of my friends' mochi. 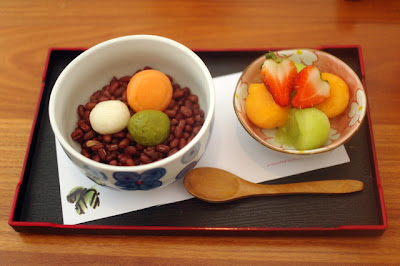