So since I did the 40 hour famine, I was asking my older sister to ask her colleagues if they could sponsor me.. And in return, I would bake something! So I have baked oreo cheesecake cupcakes, baked brownies and these chocolate chilli brownies. 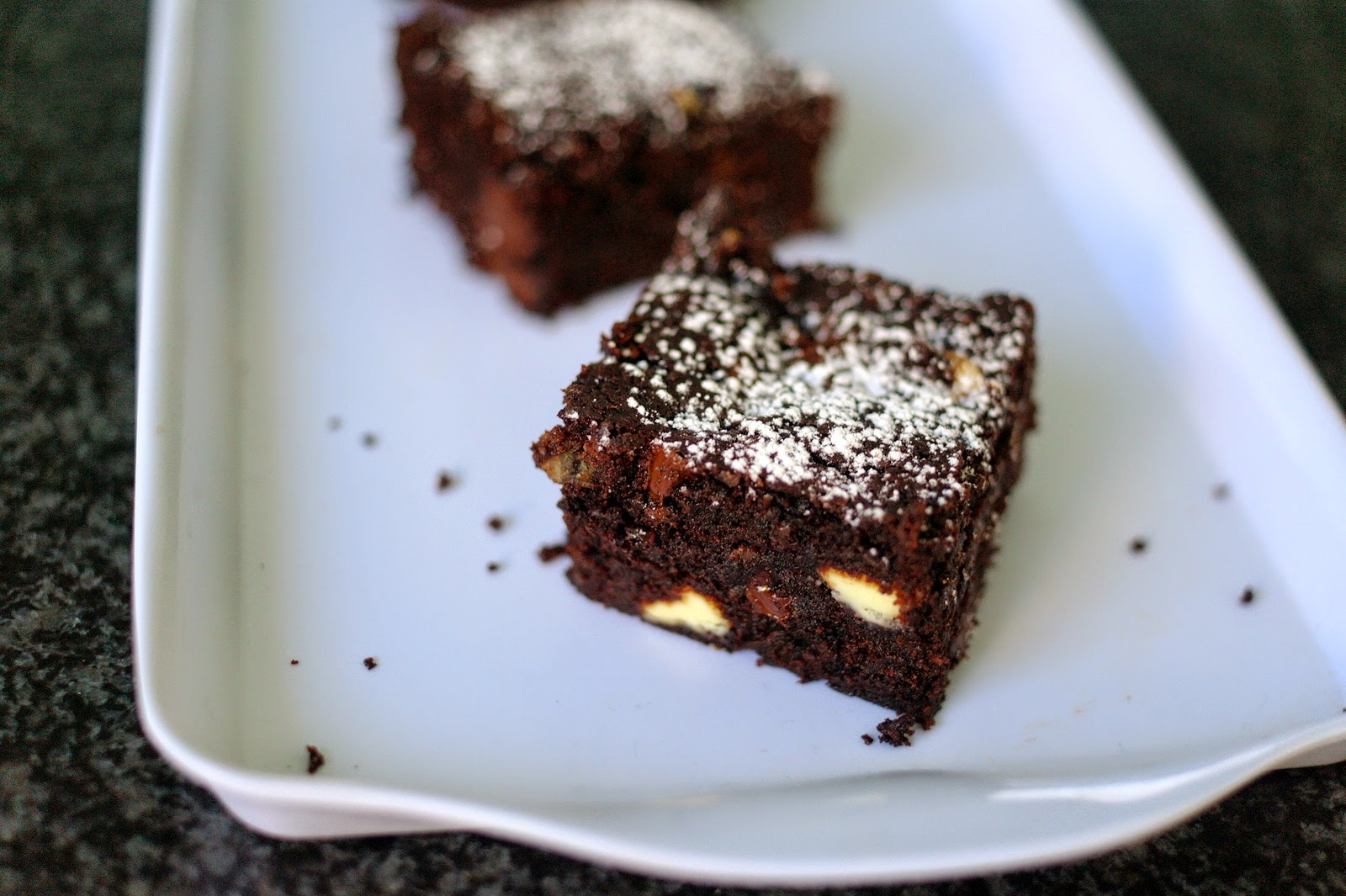 Someone requested chocolate chilli brownies, and at first I was quite adamant. "What about just normal brownies?" However, I searched up some recipes.

So I settled on this recipe which gave me a different type of brownie. Normally I bake very dense, fudgy brownies, but these are a little mixture of both: fudgy and a bit cakey, thanks to the addition of baking powder & soda. Now, some of you may be shaking your heads.. "A BROWNIE SHOULD BE COMPLETE FUDGE OTHERWISE, IT'S JUST A CHOCOLATE CAKE." Yes, I can see your argument. But, I became a little bit more liberal when I tasted one of my friend's brownies... Cakey, moist with lots of chocolate chunks.

I added dark chocolate chunks and white chocolate chips, and I added a little bit more chilli powder than it asked for which gave it some kick. I think they're pretty good brownies, even though chilli sounds a tad weird. I'll definitely keep this recipe for normal cakey brownies too. 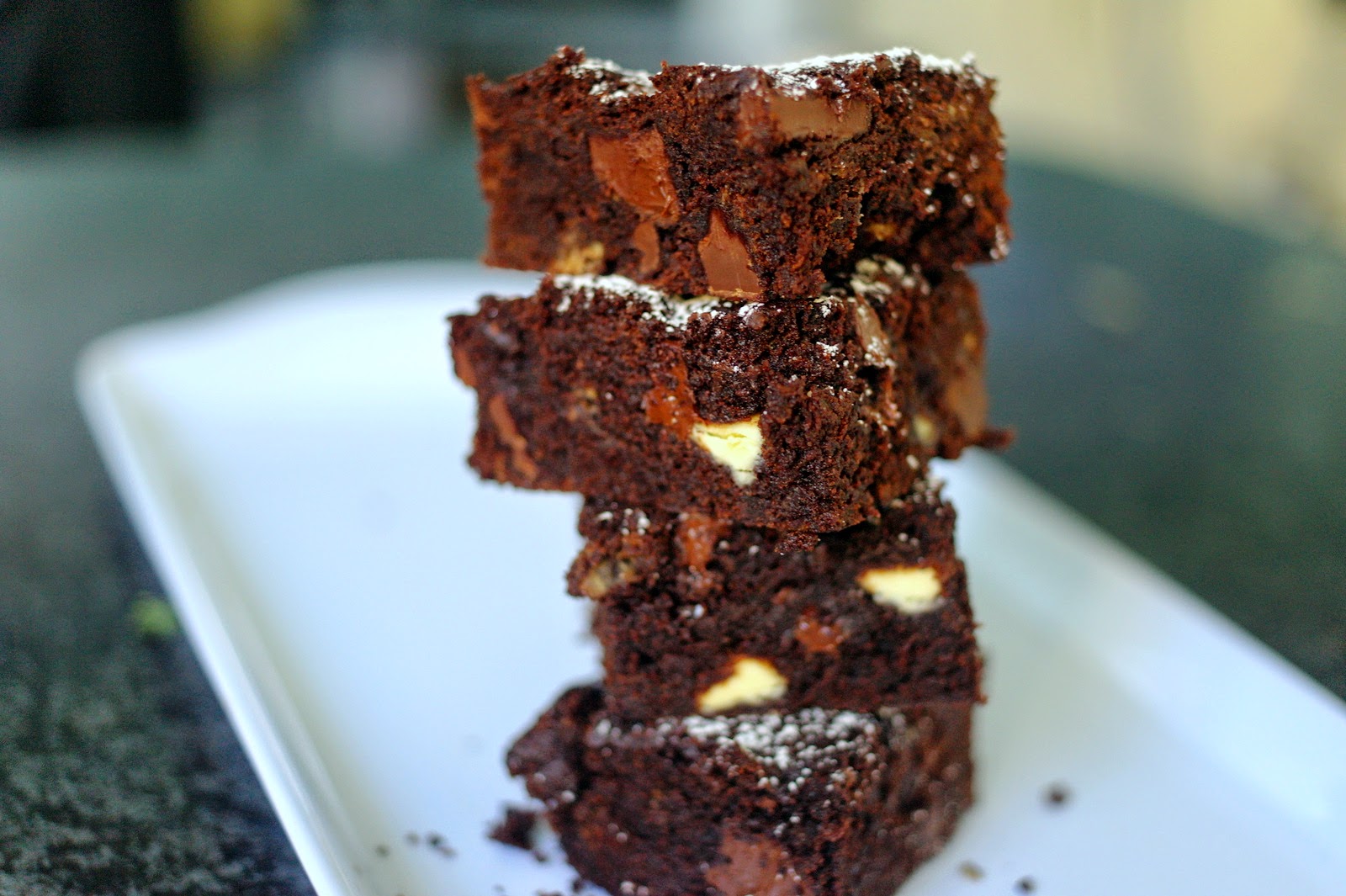 Method
1. Preheat oven to 180 degrees Celsius/ 350 F
2. Place butter, half the dark chocolate, chilli & mixed spice in a saucepan and gently melt together, stirring to prevent it catching on the bottom
3. Transfer melted chocolate mixture into a large mixing bowl. Add vanilla extract, espresso, cocoa powder, brown sugar and eggs. Mix well.
4. Sift in flour, baking powder & baking soda and mix until flour is just moistened.
5. Roughly chop the remaining half of the dark chocolate and stir through brownie mixture along with whiter chocolate. Pour into lined 20 cm tin.
6. Bake for 30-35  minutes, until firm around the edges and still slightly soft in the middle.
7. Dust with icing sugar and serve with whipped cream or vanilla ice-cream

Adapted from Our Kitchen