One a penny
Two a penny
Hot cross buns 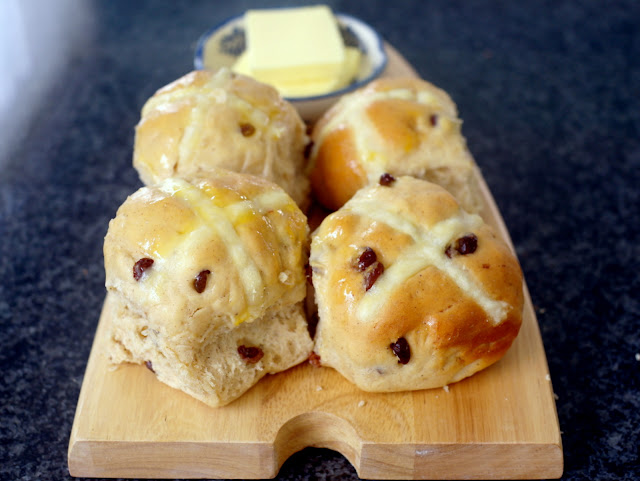 I played that on my recorder in primary school. For those of you who may not know what a recorder is, it is a flute-like instrument, except it does not sound as graceful as the flute and my sisters told me to stop playing when they were studying for exams, during their uni days. It was a compulsory thing to have a recorder in my primary school!


I've always had that joy of eating hot cross buns. For years, my mum has been buying the packaged ones from the supermarket. I thought they were pretty darn great. Just microwave it for a few seconds, and then smother a big knob of butter, each time was like someone giving you a hug. But, it gets better when it's home-made! 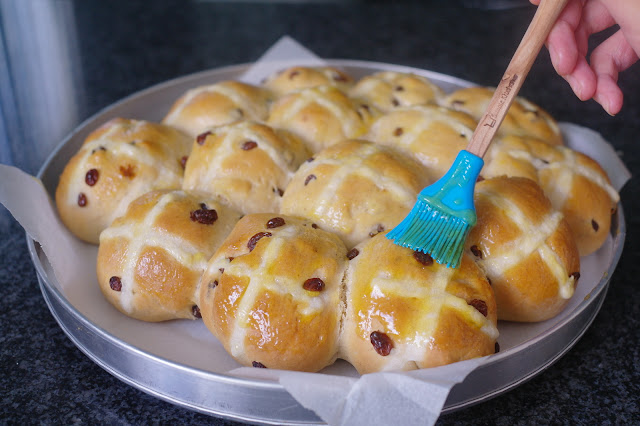 This recipe was pretty darn good, although next time I might switch the flour up to bread flour. It is also incredibly easy, and once they're done, they look pretty cute. They could pass off as looking like store-bought. The smell of hot cross buns always really get to me, and this one smelled like the ones from a bakery. I could smell the spices, and the flour with the raisins. 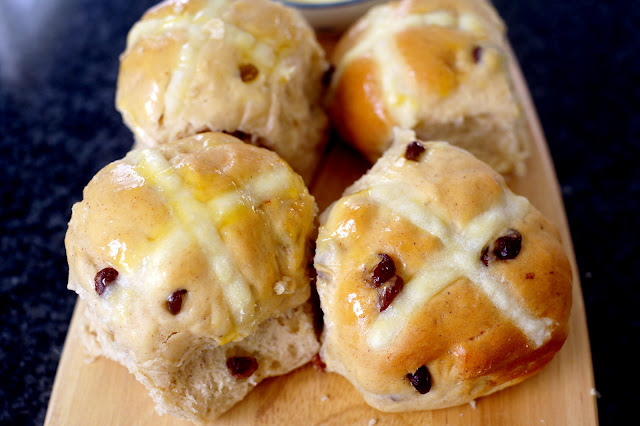 Except, you actually know what goes into these. And, you can adjust it to your liking. Don't like raisins? Maybe put some chocolate chips. Like more cinnamon and spices? Add more! 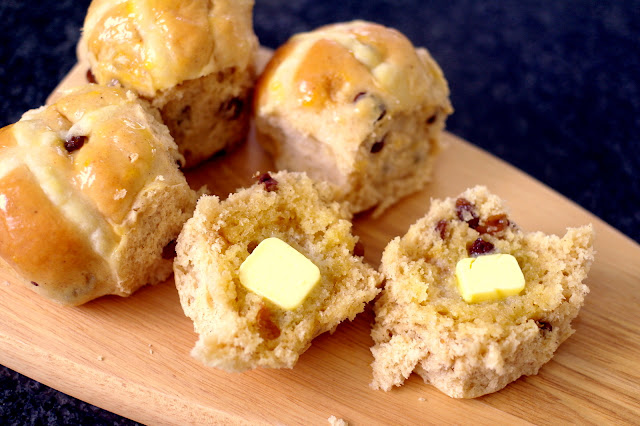 My first term of school is nearly over, and I am more than ready for the holidays. It's time for some Friends marathon, a bookathon and a bake-athon. 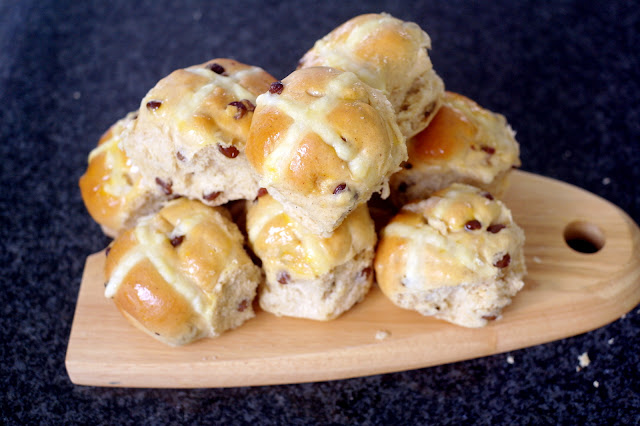 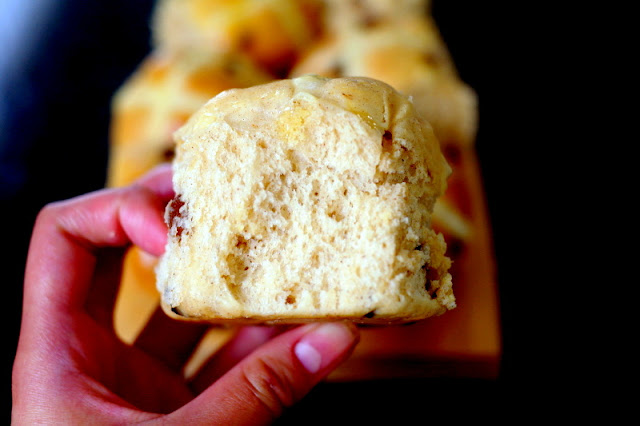 * The original recipe calls for 1 and a half cups of raisins, but I thought that was a little too much, so I reduced it to 1 cup.

Method
1. In a bowl, whisk together the sugar, milk and yeast together until well combined. Set aside for 10 minutes, or until it becomes frothy.
2. Mix the flour, salt and spices in a large bowl. Using your fingers, rub the butter into the flour until mixed and crumbly. Stir in the raisins/sultanas, egg and the yeast mixture until combined.
3. On a lightly floured surface, knead the bread dough for about 5 minutes until smooth and elastic.
4. Lightly grease another large bowl and place the dough in and turn to coat the surface with grease. Cover with cling wrap, and leave in a warm environment for 45 minutes, or until the dough has doubled in size.
5. When ready, remove the cling wrap and use your fist to punch down the dough. Give it another knead until smooth, and divide into 12 buns (I managed to get 14 buns though).
6. Place the buns into a greased baking tray, or lined with parchment paper. Cover with a towel or clingwrap and leave in a warm place to rise again for another 15 minutes. Preheat to 200 C (400 F)
7. Whisk together the flour and water to form a smooth paste. Pipe the crosses onto p of the buns, and bake at 200 C (400 F) for 10 minutes. Reduce heat to 180 C, and bake for a further 15 minutes. Buns are ready when it sounds hollow when you tap the tops.
8. Brush with the apricot glaze, while it is still warm.