Apologies for not posting very regularly, but I live a student life (Though I can imagine my sisters going on right now about how their work lives are much busier). And currently there are no holidays :( In other news though, my debate team (consisted of five girls including me) had our very last debate of the year against Huntingtower school, and we won! We were the negative team for "We should tax all fatty foods." However, I do actually agree with the statement, but studies have been done and they say that it needs to be 20% tax, in order to be effective. And the thing is, to impose a tax, it is rather difficult in terms on how effective it will be, jobs etc.

Dear Japan, I think your atmosphere is amazeballs. I visited in 2010 as a just-turned-13 year old. Such a tragedy in 2011, I cannot imagine anything like that. I am so thankful that Australia rarely has any major earthquakes, since we're not in the ring of fire.

Most people who visit Japan, typically love it. I did for sure! First of all, I am in love with Japanese food. I love sashimi, tempura, sushi; all those typical Japanese good! And the culture there, there's just something that makes you feel really good. You get a sense of closeness within the communities, and the high intelligence and precision they have. In contrast with Melbourne, as much as I love Melbourne, the 'precision' isn't really there and what I mean is in terms of transport; the stupid Metro trains... They spend millions of dollars and we get trains that aren't even on time?

The bullet train there is crazy. It goes so fast, and is on time. Always. Japanese transport = smart and innovative. Sigh, if only Melbourne had that.

I went with my parents, and with my relatives! All on my mum's side. My Yi Ma and Yee Cheong, Yi Yi and Li Yiing (Yi Ma and Yee Cheong's daughter and in other words, my cousin!) and also two of my parents' friends. We went on tour with Reliance. It was nice to have Li Yiing there hehe :)
We visited Japan during the 'Sakura season' which is the cherry blossom season in late March- early April, which is in spring. Melbourne also gets cherry blossoms during spring time, it is absolutely beautiful! In fact,  I went for my jog on the weekend and saw the first signs of spring; the bare trees starting to bloom pink blossoms.

Things I love about Japan:

. I love how Japanese people are so polite. And how hygienic it is.

. The toilets, oh the toilets. THE TOILETS ARE HONESTLY JUST SO COOL THERE. I think it's kind of like a 'bidet' (AHAHA learnt that in French last year). But I just searched it up and I think you call it a 'washlet'? I don't know.  So the toilet right, you can warm up the seat, you can apparently wash your butt or something (I didn't do that.). AND MUSIC LOL. I wish we had these in Melbourne. Or you know which country would find them extremely useful? MALAYSIA. The public toilets are filthy, especially those squat toilets. How are those any more hygienic than a normal western toilet?!?!? You get the picture.

. Kobe beef. Seriously.So.Tasty. Oh my goodness, it was just so tender and ashilfchdsailhfassfa, REALLY GOOD BEEF.My dad has been telling the whole world (meaning my relatives, our family friends and his friends) about the story when we were grilling the kobe beef, since it was a DIY bbq at a restaurant and I kept on going nom nom nom and Yi Ma, being the worry-wart was worried about the beef not being cooked enough and I was just happily eating it and apparently 'ate more than our share'. Anyway, kobe beef literally just melts into your mouth, I mean it is renowned for its flavour and tenderness! 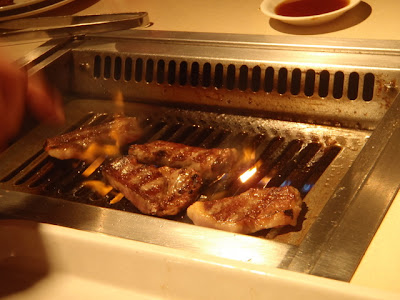 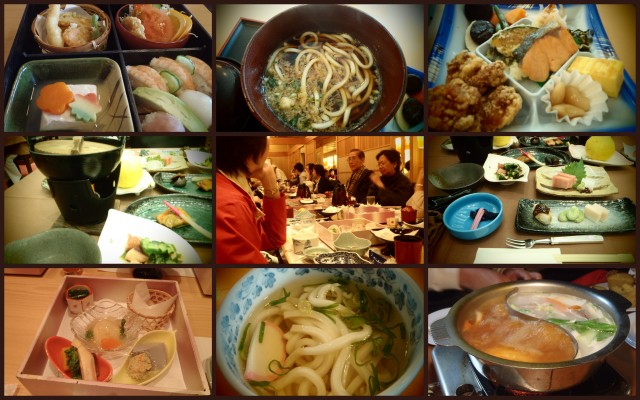 I ALSO HAD MOCHI. AMAZEBALLS. If you have never tasted mochi, shame on you, THEY ARE AMAZING.

And I had cherry blossom ice cream, while my dad had green tea ice cream! 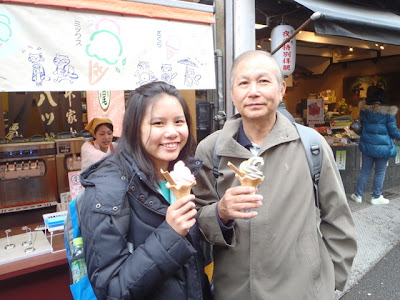 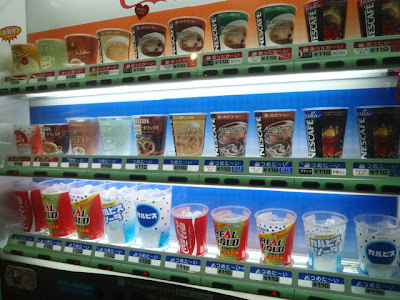 . Himeji castle.  The largest castle in Japan, located on a hilltop. It's pretty, however we didn't visit inside the caste. I just took lots of pictures. Lots and lots of pictures (with my not-so-good Olympus camera back then)
. Disneyland and Universal studios. I have been to every single Disneyland; Hong Kong, Florida, Los Angeles and Japan EXCEPT for the one in Paris! I will actually never get sick of Disneyland. The Universal studios errrrr well um. It was rather crowded. Japan has a rather large population (127 million) and apparently there were school holidays, I don't recall going on even one ride. Maybe I watched some kind of 3D thing. You have no idea how ridiculous the cues were. You know how many minutes they displayed for the waiting? Something like 180 or below. Three hours. THREE HOURS. I will never understand how a person can wait for so long (say more than an hour), only to go on a 'thrilling' ride for 2 minutes. 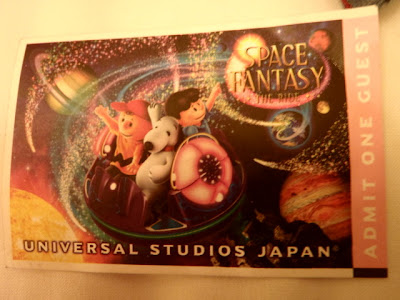 Yi Ma mistakenly took her Universal studios instead of a train ticket lol! 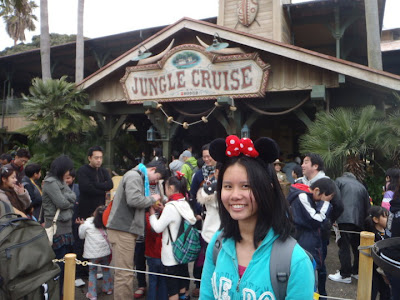 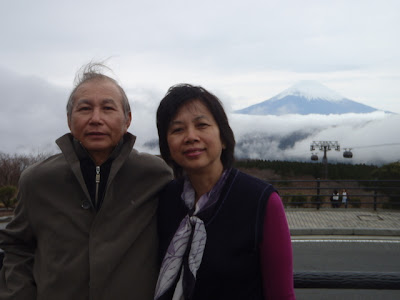 . Hotel with hot springs. I really wanted to go, but you had to strip down and be bare naked. With other people (same gender of course). But I wasn't prepared to do that, so I didn't go. 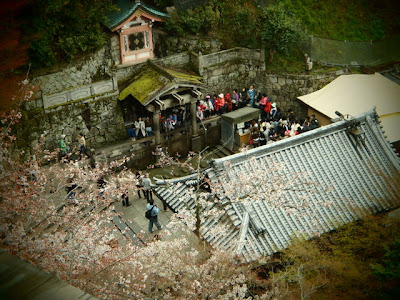 . Visited another park where there was this huge and over crowded picnic place. 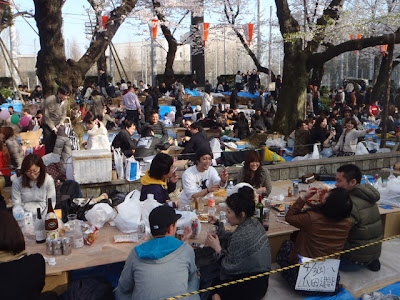 Went on a boat thing. 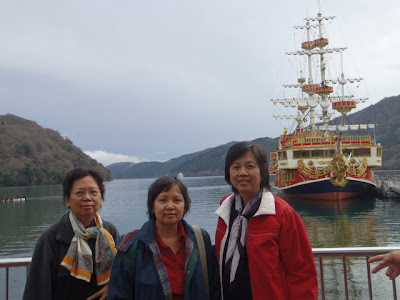 . My dad wearing a kimono. The one that they provided in the hotel. And seeing a kimono show, displaying kimonos worth up to two million yen. Talk about cray. 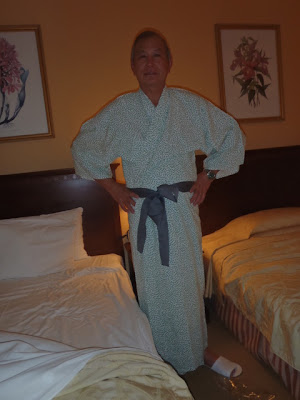 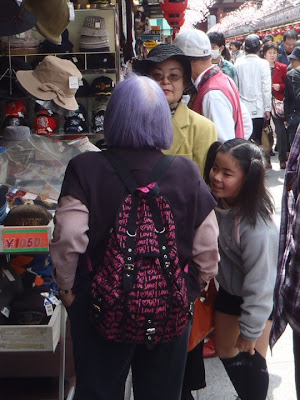 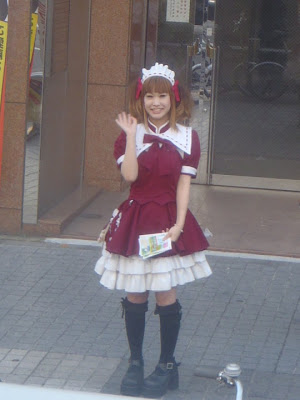 Also,I'd like to add in that the food in Malaysia airlines to Japan and back was actually TOLERABLE for once. There was this sushi wrap thing, and it was actually nice. Actually, lately, their food has been relatively alright, unlike previous years where they would give you cold pies or something, they've been giving hot chicken pies for snacks! The only thing is breakfast is disgusting; rubbery sausages and ill-looking eggs.

So Japan 2010 was great, experiencing Japanese culture is ultra cool. I love Japanese food, I love how polite Japanese people are and I love their technology.
at 7/30/2012