This week has rather been uh painful. Getting more tests, homework for school,but it's manageable. That is, if you are organised.Yesterday was probably one of the worst days I've had in months. I got my teeth pulled out.  Two of my teeth extracted ,from my left side of the mouth. Why? I'M GETTING BRACES. The orthodontist said I had to get four teeth pulled out so I'm getting two more extracted next week. The procedure of pulling my teeth out actually wasn't that bad, it just felt strange and uncomfortable and tugging. What hurt was the injection. I didn't really feel them pulling out my teeth you know? AFTERWARDS, that's the worst part. My mouth kept on bleeding (I do not know why I am writing about blood on a travel blog) and my mouth was numb and I couldn't talk for the whole day. I had to eat ever so slowly, I was pretty much depressed (Cause I love eating.). My dad was all like "Well  that's the price you pay for wanting to become beautiful!". Uh okay, I just want straighter teeth that's all lol. #dads

The after experience was very, very, very unpleasant. Painful. I am not looking forward to next week. I'm getting my braces after my birthday I think, I want to eat all the cake!

Anyway, after a day, I feel much better but it's still hard to eat and my mouth just feels so strange.

So after Cappadocia, we went off to Ankara, the capital of Turkey. Ankara is just a big city, nothing really impressive.

We visited this museum, Anıtkabir. It's the memorial place of Mustafa Kemal Ataturk,who was the leader of 'Turkish war of independence'. There's this huge, huge memorial tomb with high ceilings.

Then inside, there was paintings, Ataturk's writings, statues and all sorts of history stuff, my dad was VERY interested so he was left behind so my mum and I went further ahead. He likes to read every single detail. I like to just skim through.


Ooh my first time seeing one of these guards people (Look at slideshow). I don't understand how they can stand so still for so long. And it's like they never blink. Well, for a really long period. Pretty cool.

According to Bill, Ankara is the safest city in Turkey? There's quite a lot of security, first when we went to the the museum, well ahead before we went inside, we had to go through this scanner thing. So we had to hop off our bus, get scanned, then go back in. Then, in our hotel, we have to use our hotel cards when we're in the elevator.

We also got dropped off at some shopping mall. I think that was just to kill time. My parents and I ended up drinking coffee at Starbucks. I had a java chip frappucino. But now I am aware of how much sugar and syrup they put into their drinks (My oldest sister used to work there and I asked her what do they put in the drinks cause I wanted the recipe)so now I will probably never drink Starbucks or Gloria Jeans in a very very long time. But it's nice, once in a while.

Dinner was same old same. Kebab, Turkish bread, soup aiyeerrr, couldn't the tour have given us some choices or SOMETHING DIFFERENT? 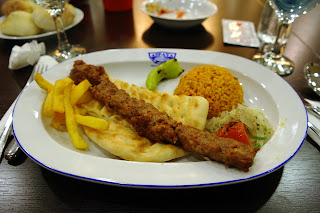 I think it was either on the way to dinner or the hotel, it was REALLY jammed. Like worse than KL. Gave me a headache. 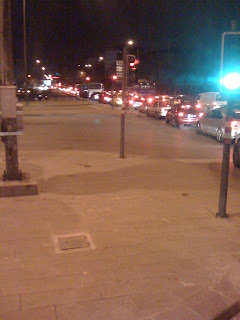 The hotel was pretty average. It's supposed to be a five star hotel, but they gave us a room with only two beds, we had to call up to bring in another bed. Quite annoying. AND NO FREE WI-FI. 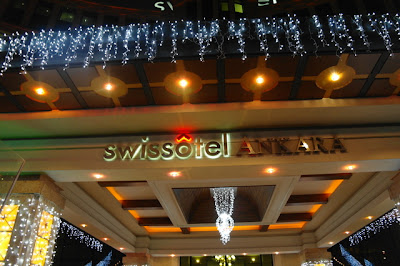