A day at the patisserie

We had our normal lessons at Creipac, the language centre.We did a really fun activity to practice our writing. We formed teams in class and had a little competition against with each other.. Our teacher, Ghislaine showed us a video of Mr.Bean, then afterwards we had to write complex phrases in order of the events that happen. C'etait tres amusant! 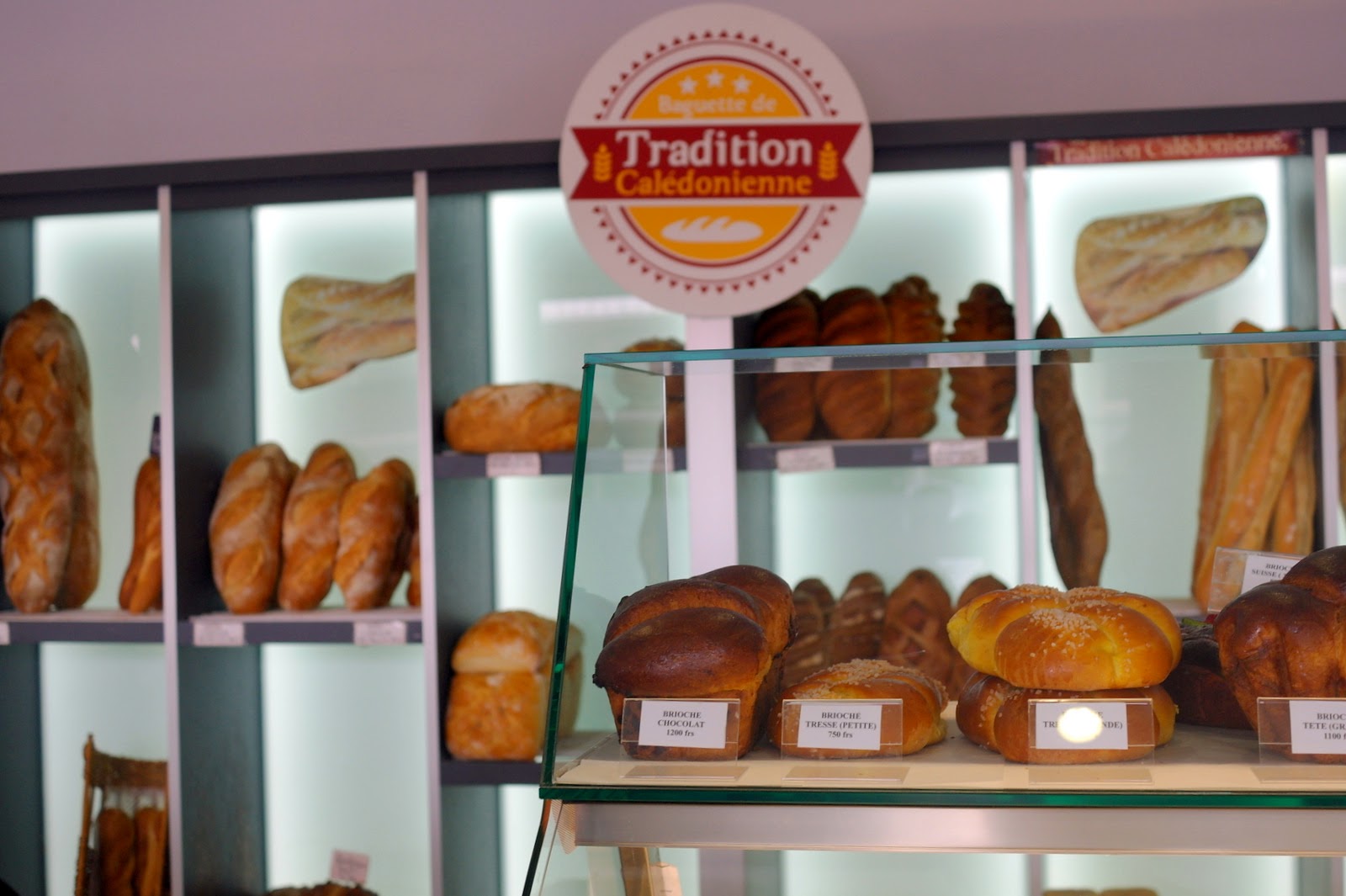 For lunch, we went to the boulangerie and patisserie because who can miss out on French bread and pastries? In other words, I nearly died in heaven. 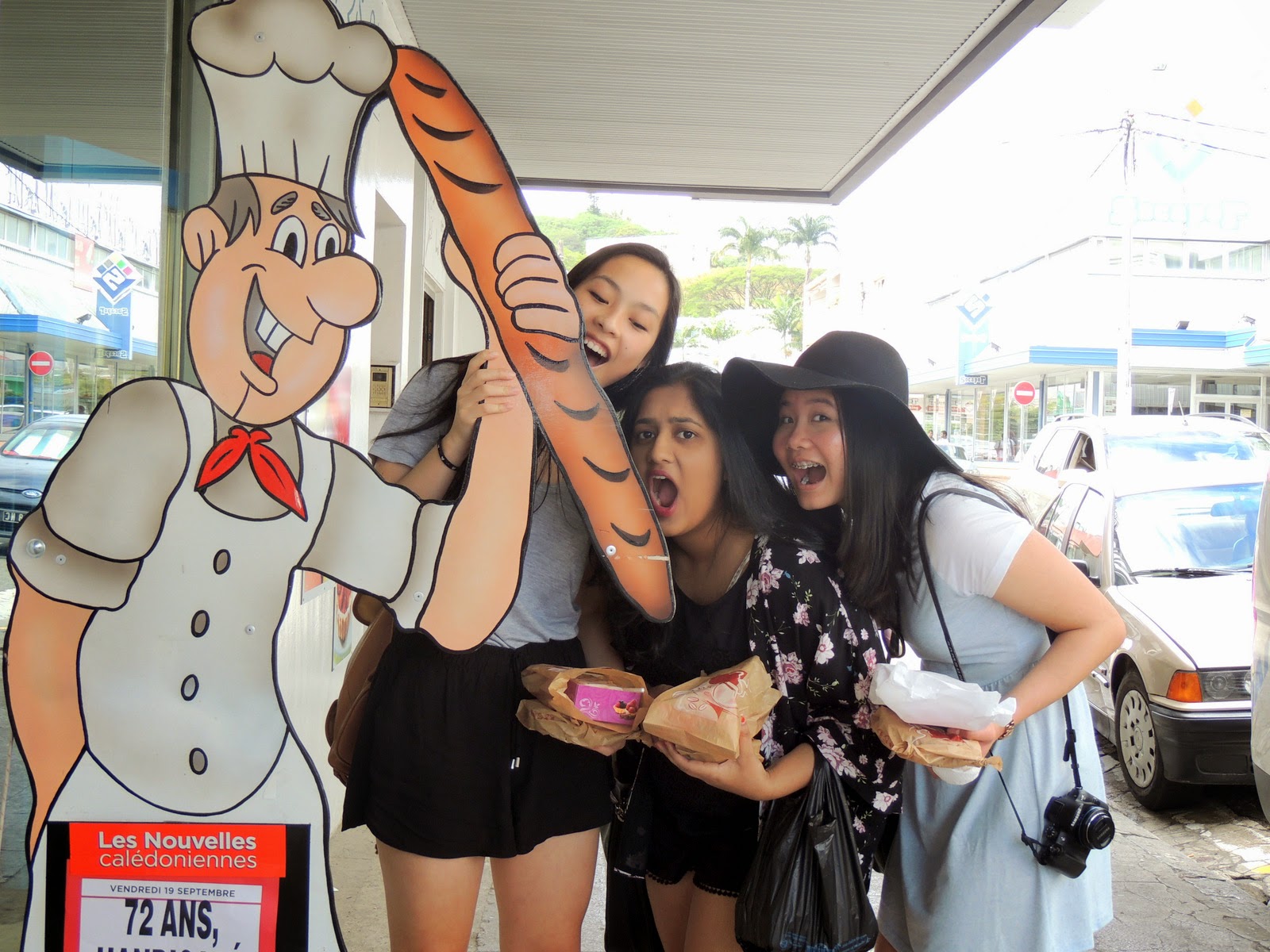 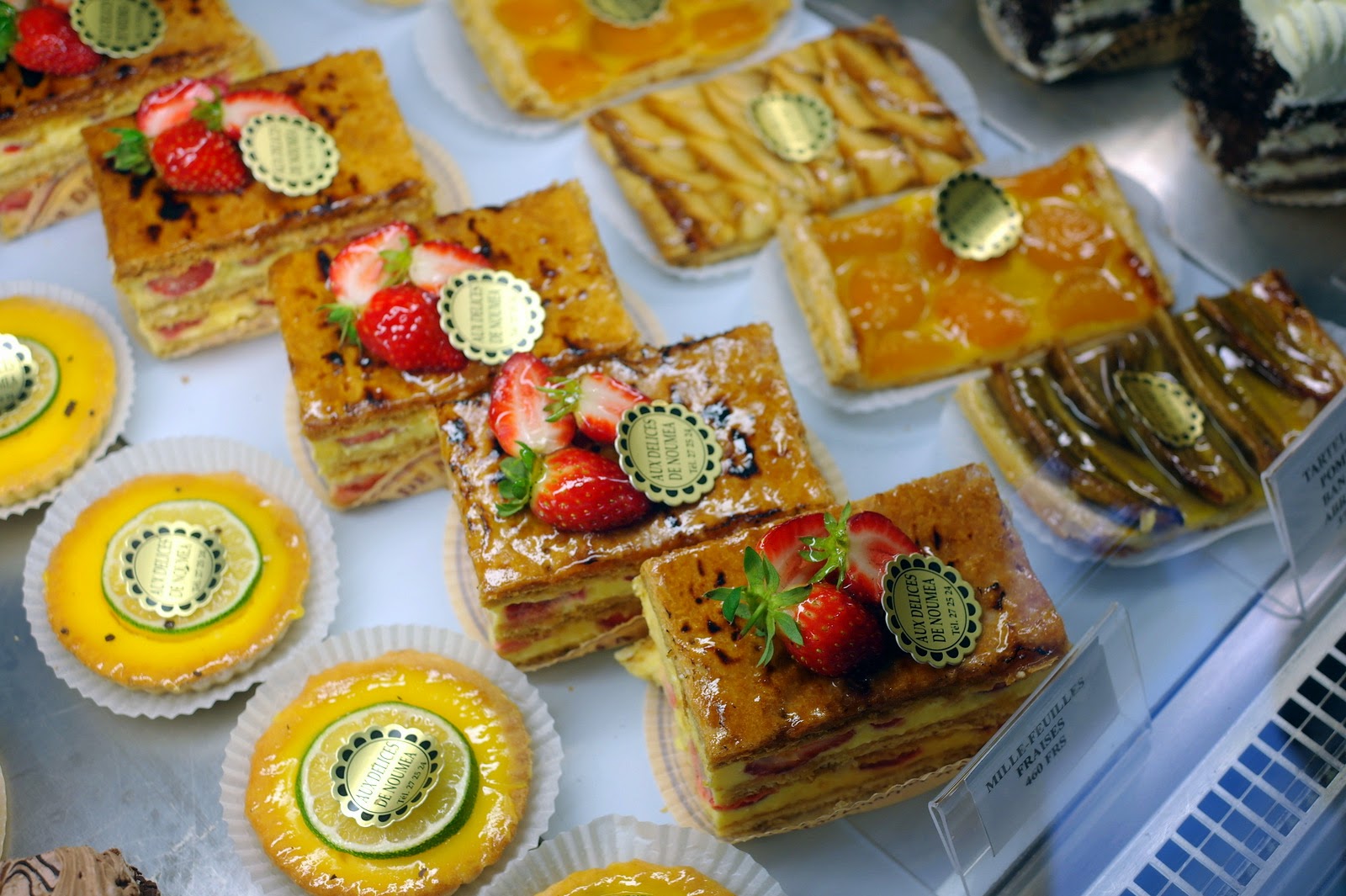 The showcase of the pastries were just so pretty, I had to contemplate carefully of what savoury and sweet I was going to take away.. Rebecca and I decided on the same thing: quiche lorraine and mille-feuille. Although the funny thing was, we forgot to say 'mille-feuille aux frais', mille-feuille with strawberries that we both wanted, but just ordered 'mille-feuille', so we received the original, plain one. It was still good, but we stole some off Eric and agreed with strawberries, c'est mieux (it's better) ! 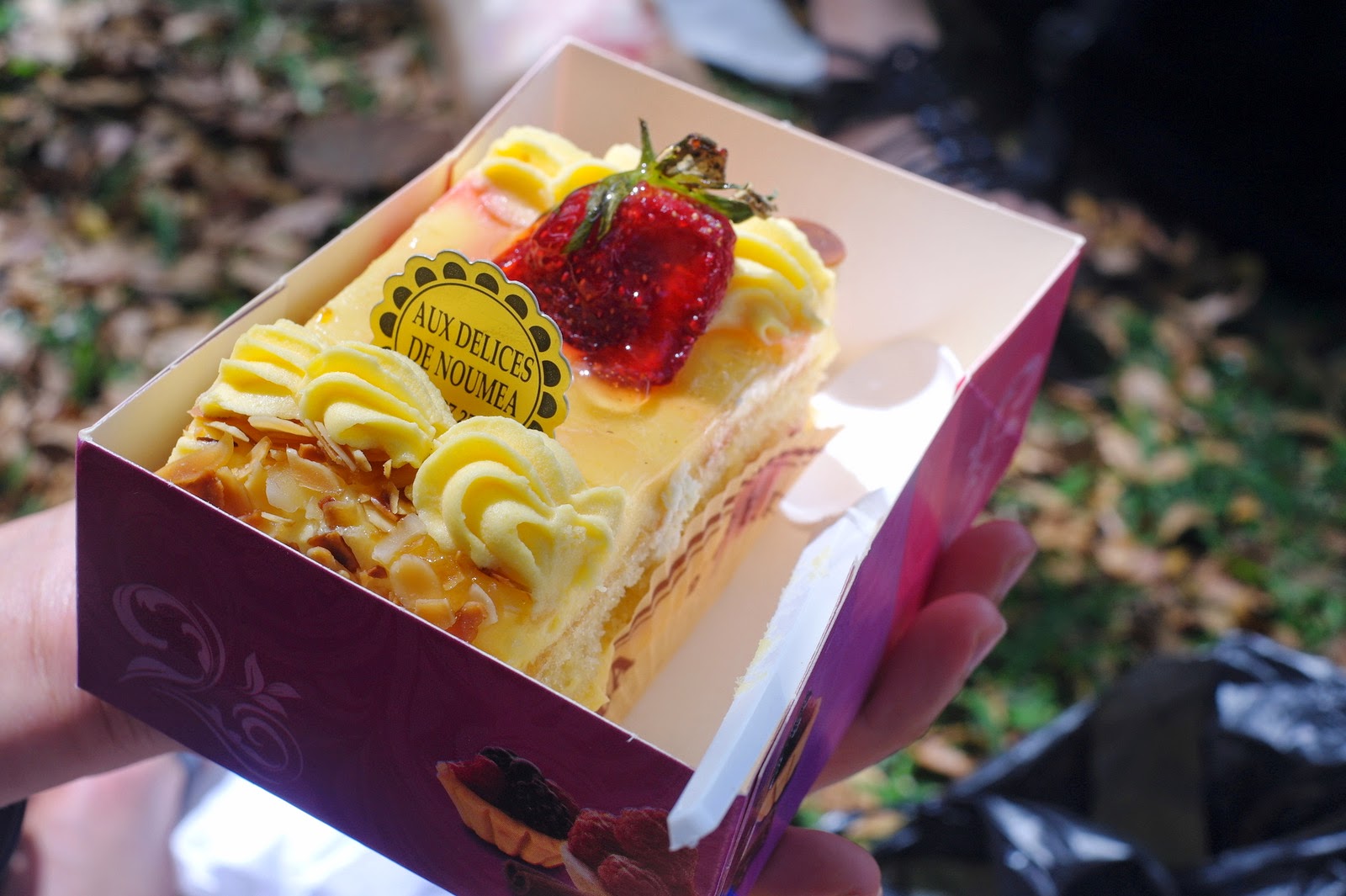 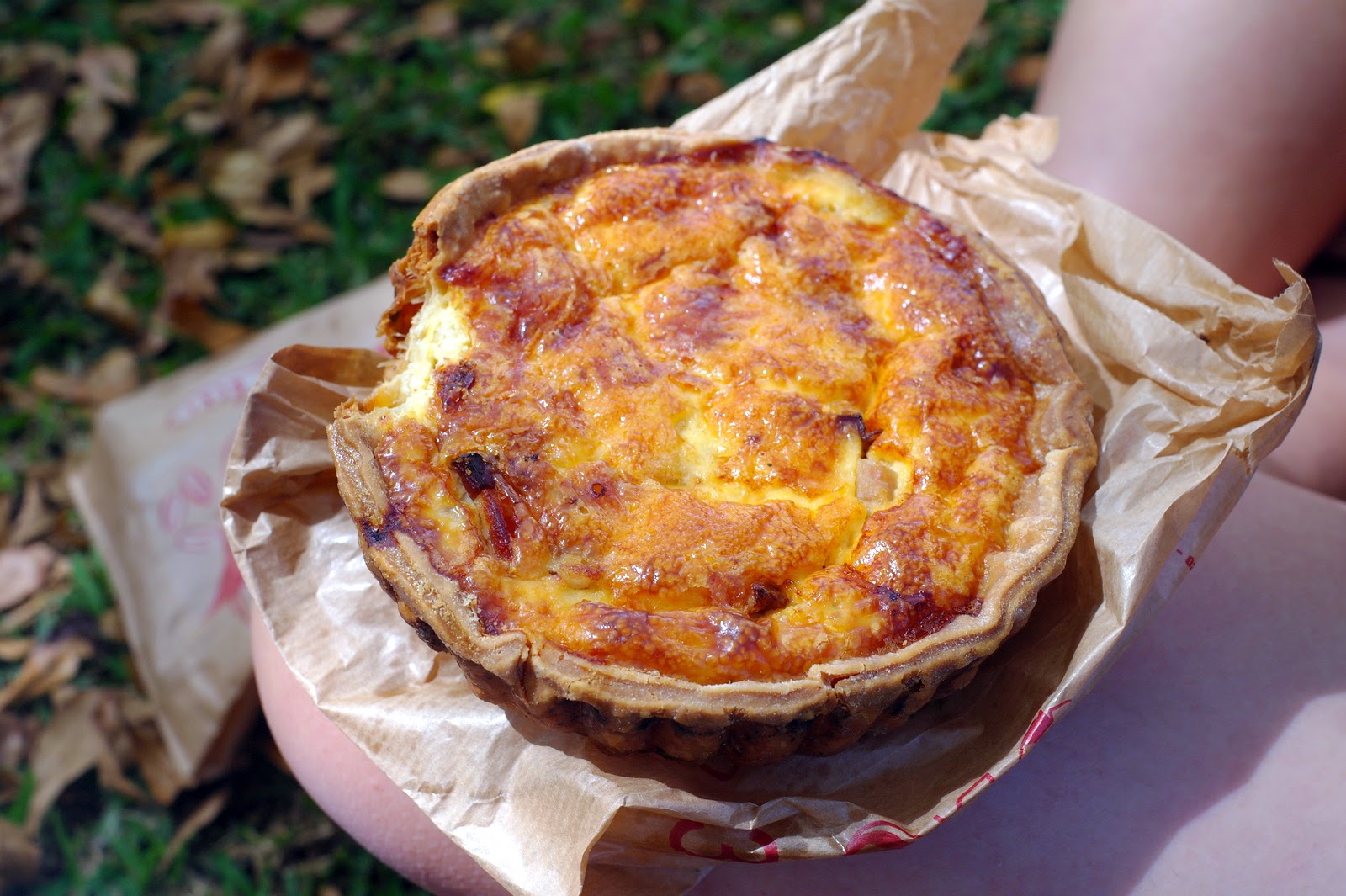 We ate in a nice little park. The meal was quite good, however all of us were really way too full with a savoury and dessert in our hands.. Those cakes were extraordinarily huge for one person to eat. 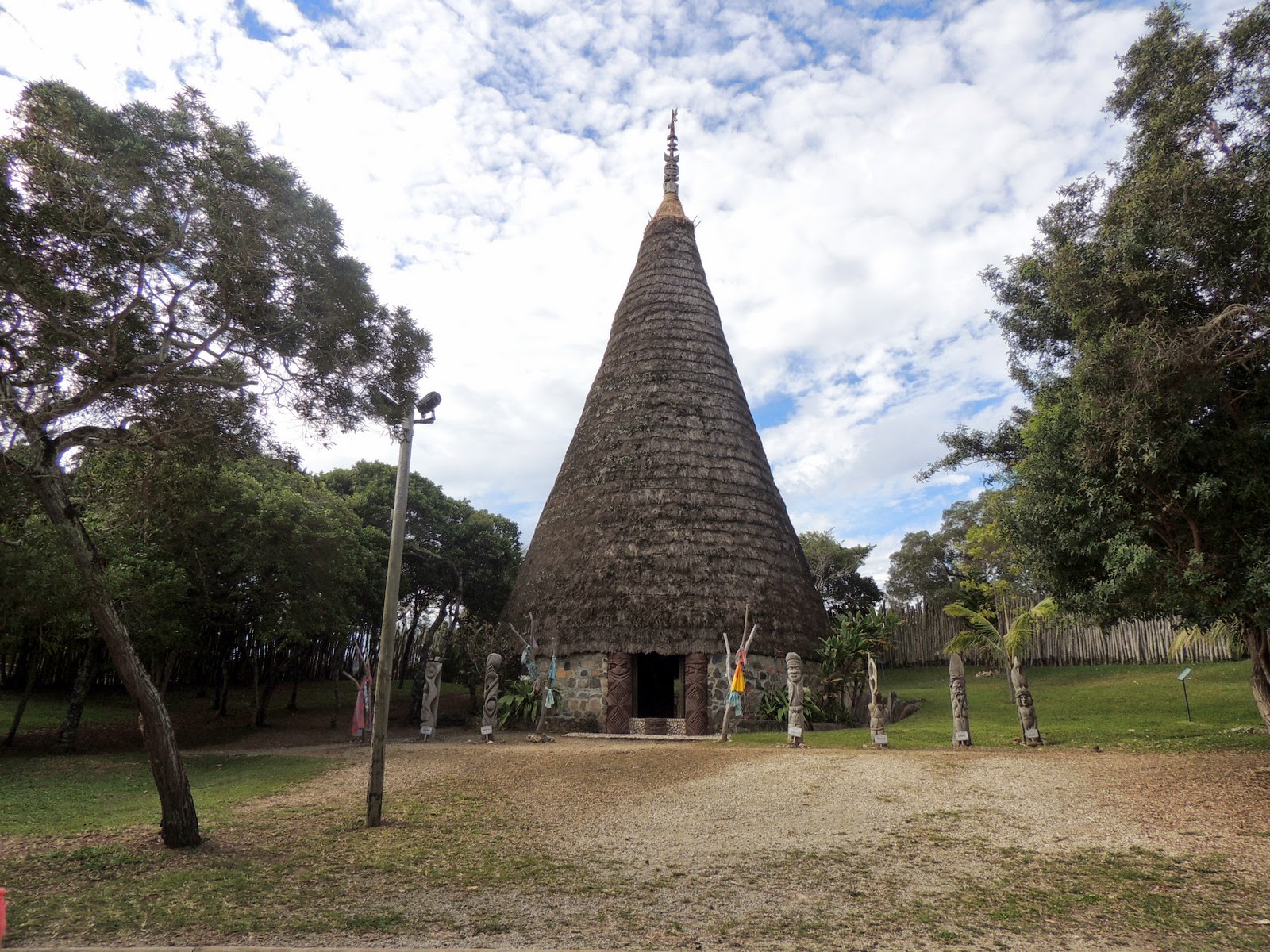 Afterwards we went to the cultural centre, Tjibaou to learn about the Kanak culture. I thought it was quite significant that they have preserved a lot of that culture, and especially by building this to really showcase and tell the stories of the Indigenous people. Unfortunately I don't have much photos because we weren't allowed to take pictures, but it is great place to learn about the culture. 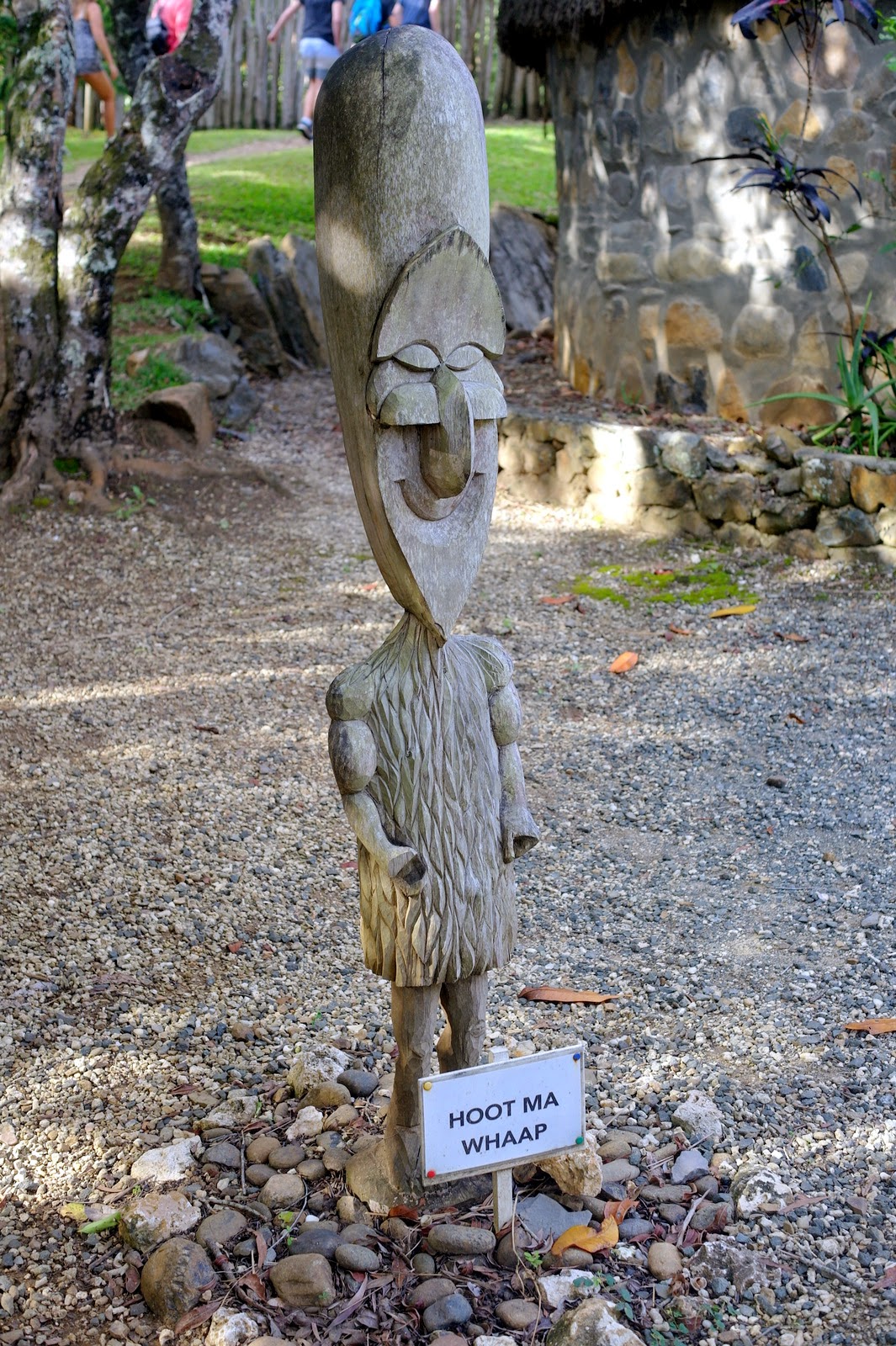 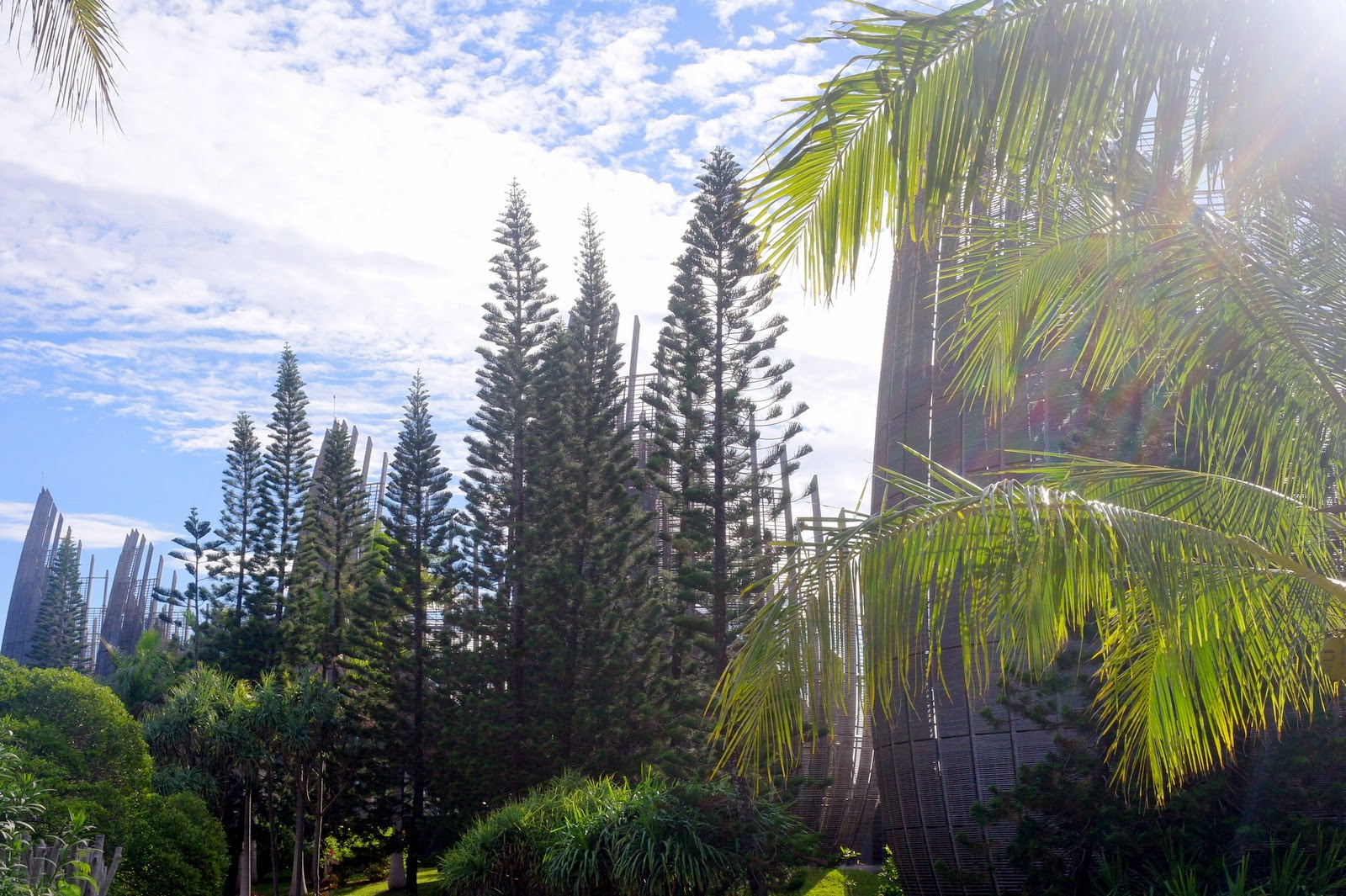