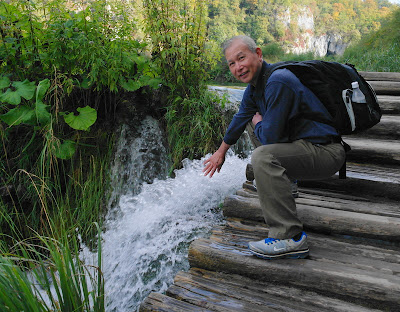 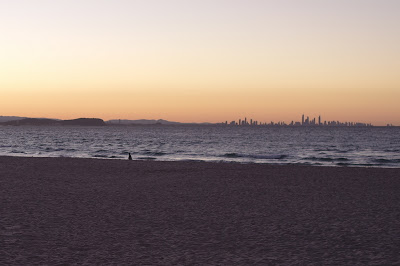 I especially like the night life in Gold Coast. In Surfer's Paradise, everything is lit up, and you get this relaxed vibe.
Yii-May ran the Gold Coast marathon (42 km woahhh), and so did her two other running buddies, so we met up with all of them and their families and had teppanyaki. The chef was just chopping away at a very fast rate. I had beef which was quite nice (but does not look that appealing in the picture) 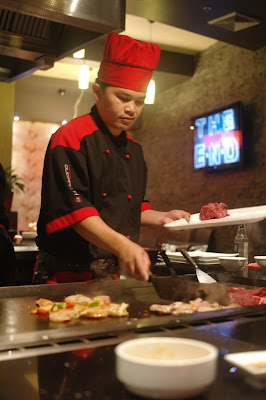 Every family who visits the Gold Coast, typically goes to the theme parks. I went with my family to Dreamworld. I learnt something new about myself there; I can never go on any ride that goes upside down. Yii-May and I were crazy enough to go on 'The claw'.

The picture says enough. After the ride, I felt like vomiting (but I didn't) and like I was going to faint. 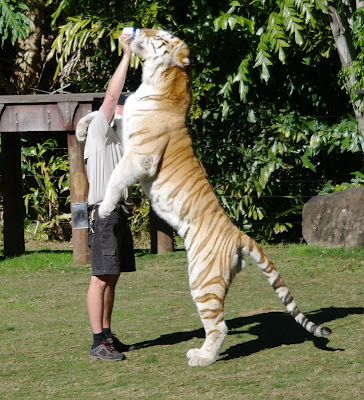 Of course I ate like a pig during my time there....

. We dined at some classy Italian restaurant with my parents' friends. They've known them for a long time, we've all met a couple of times before. I had gnocchi, an Italian kind of 'dumpling' that has potato, cheese and all kinds of stuff. It tasted quite good, but it's not my favourite thing to eat. I feel a bit sick after eating too much of it.
. We drove up to Mount Tamborine and had an extremely lovely meal at a German restaurant. I had the pot pie, fries and salad and it was delightful. My dad got his usual beer. He would probably never go to Germany or go to a German restaurant without drinking beer in a tall glass.
. Dinner at George's Paragon. My favourite meal perhaps? I had calamari and chips and the calamari was so crispy, yet light. It didn't give you that heavy feeling, you normally get after eating something fried. The rest of my family had half a lobster, but I didn't take a good picture of it. 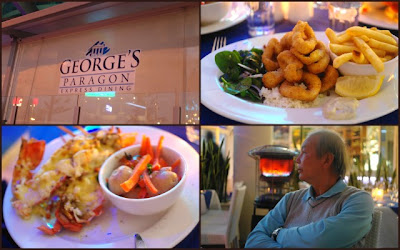 It was a pleasant week. Bumming around, now that's fun! 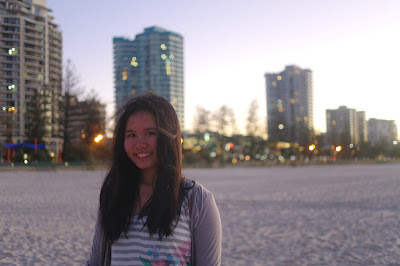