Runnin' around in Penang

As I said in my last post, the main two things we did in Penang was eat and sleep. BUT, we did do some things....

. I went to get my first nasal endoscopy. My dad's youngest brother, Su Su is a doctor. My dad suggested to me that I should get nasal cauterization which is to burn the vessels inside my nostrils so that my nose won't bleed as much since I get nose bleeds.. Especially when I travel which is particularly annoying. I think I must've inherited it from my dad (Just like eczema). But according to my dad, nose bleeds are rather common on his side ! His cousins, one of his siblings etc.

So, Su Su had to check inside my nose to examine and see whether my case is serious and whether I should do nasal cauterization. The process was so scary. He sprayed this medicine through my nostrils and it went down to my throat and numbed it. And it was disgusting and strong. Then he used a little thing with a small camera in it and went and looked inside my nose. The TV was on so it was rather scary seeing inside my nose.. I saw this on the Doctors when this woman was getting her nasal endoscopy. Looked scary enough. But, my case isn't serious, so I didn't get the cauterization. Phew.

.My parents , Nai Nai and I visited Penang Hill! I haven't been there for many years. I can vaguely remember it. As soon as we went to the cafe terrace, then I kind of started to remember a bit. The walk was really lovely, it was quite cooling but there were a lot of mosquitoes that bit me. They bit my feet because I was wearing flats. Guess they like my blood! :) Had a float at the cafe and has probably one of the best views that looked out to Penang. So pretty!


Oh we also visited a bats cave temple on the way!  Bats are kind of scary. 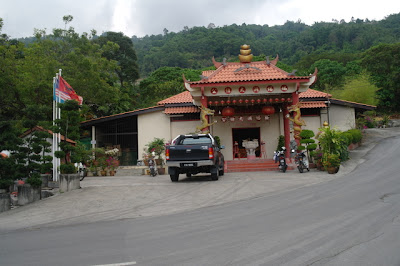 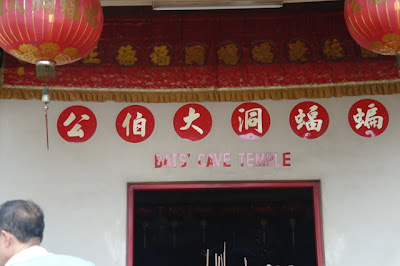 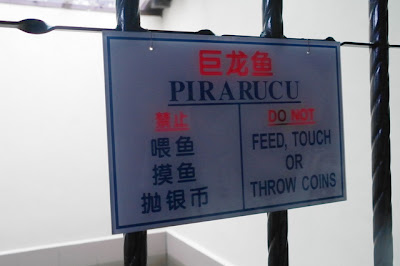 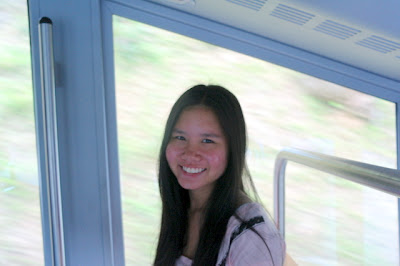 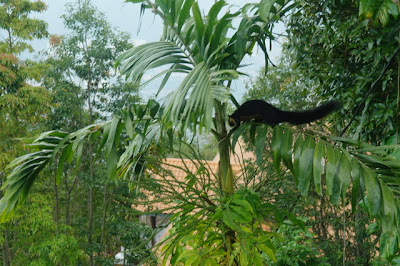 . My dad and I went to Kek Lok si temple, the really giant Buddhist temple. It's huge. I've never seen such a big temple before. It has this bronze statue and has pillars surrounding it. 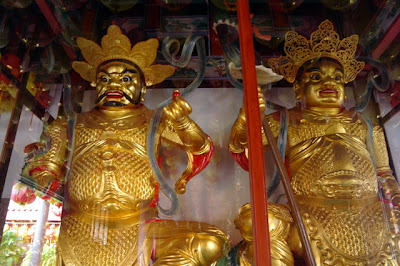 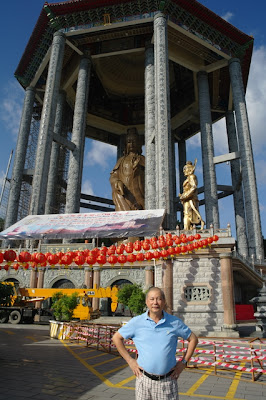 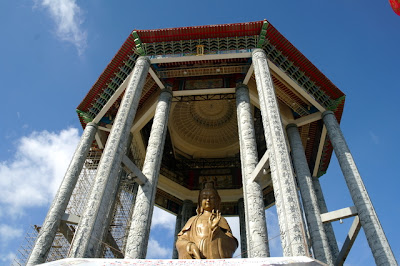 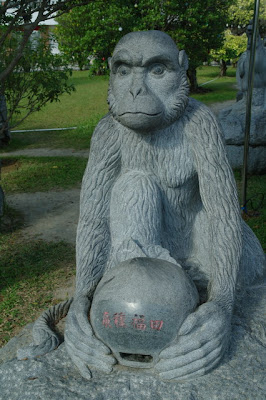 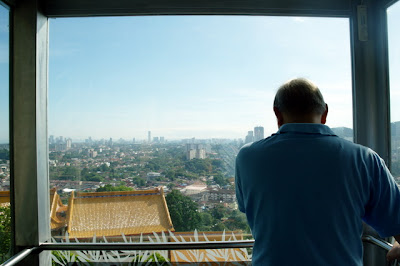 Afterwards, Da Ku and Ku Zhang picked us up and we visited a dam! That place is REALLY pretty. There is so much greenery around. But we didn't stay there for long. 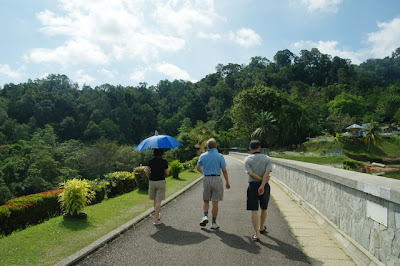 Oh Penang was so nice. Miss that place, even though I have never lived there.I hope I can go back next summer (Unlikely though I bet)! Ku Zhang is my partner in food :)
at 2/02/2012

Email ThisBlogThis!Share to TwitterShare to FacebookShare to Pinterest
Labels: Penang